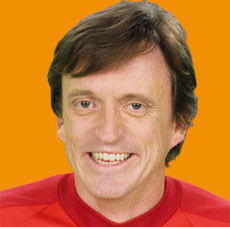 
Murray Cook was born on June 30, 1960 in Australia. He was one of the founders of the Wiggles and became the red one. As a Wiggle, he mainly played the guitar and sang. Murray always loves playing the guitar. Before he joined the Wiggles, Murray Cook was a musician in a couple bands and also attending the university. It was there where he met Greg Page and Anthony Field to form the Wiggles. Cook's Wiggle appearance has boosted his musical career resulting him in rated as the 6th best guitarist in Australia.